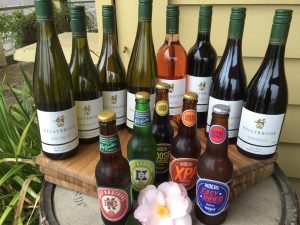 Darren and Farley Kelly founded Kellybrook Winery in 1962, starting with cider and then moving onto wine in the 1970s. It was the first winery in the Yarra Valley to receive it’s Vigneron Licence and Cellar Door licence (1969) and it is one of the few wineries in the Yarra Valley still owned by the original family. Set amongst lush vineyards and historic gardens, the winery offers an authentic Yarra Valley tasting and working farm experience. A large range of wines, beers, ciders and local produce are available for tasting and sale. Picnics and grazing plates featuring local produce are also available all day. The gardens feature a 125-year-old oak tree which is listed with the National Trust, as well as roses, salvias and bulbs.

On the last Sunday of each month, ‘Sunday Sessions’ are held with live, local music from 1.30-4pm and hot food from the kitchen. Over the first weekend in May, there is the annual Kellybrook Cider Festival, soon to be in its 30th year. 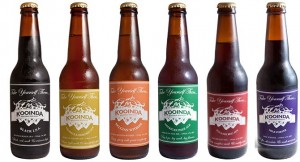 Township/Suburb:
Heidelberg West
Notes (in their own words):

Kooinda (an Aboriginal word meaning “happy place”) is a boutique brewery producing natural, unfiltered, unpasteurised, quality ales. After starting out as the first ever residentially-licensed brewery in Australia, it has recently expanded into a commercial brewery (using a production line apparatus once belonging to Mountain Goat) and now sells 8 different beers all-year round.