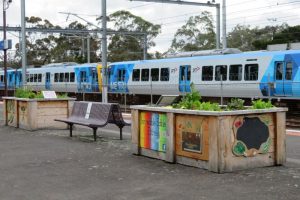 The produce from these planter boxes is freely available to any commuters or other members of public who pass by.

There are two planter boxes on the railway platform, both of them wicking beds. They were built in situ in late 2017. They were the first project by the Incredible Edible Eltham community.

The project featured in Metro Express, which is the Metro’s internal magazine. 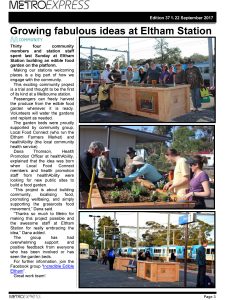 Particular thanks are due to: 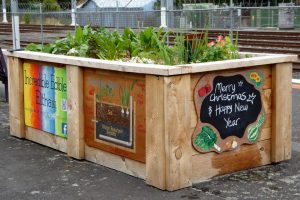 Duang is one of the people who has spent time looking after the boxes. After one visit, she posted the following in the Facebook group: ‘Today a lovely boy walked up to the planter box at the Eltham station and found one fully ripe strawberry. “May I have it please?” he asked, and popped it in his mouth. “Ohhh that was so YUM, so SWEET, the BEST ever”, he said. “Thank you strawberry plant. I will come back again.” And off he went to board the train heading to Flinders Street Station. Another lady with a sketching pad and a pen in hand placed her pad on the edge of the box and started to draw. After 15 minutes, she showed me a lifelike drawing of nasturtiums complete with flowers. Then off with a broad smile she went boarding the train heading towards Hurstbridge. Such is a gifted pleasure the planter boxes afforded my visit to water the veggies earlier today.’

Here are some pictures of the wicking beds. 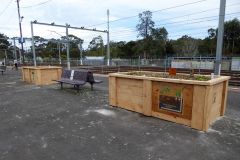 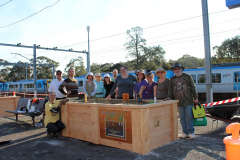 With some of the team 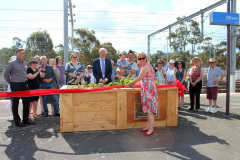 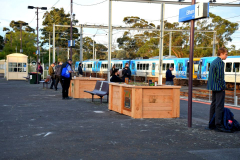 With a few commuters 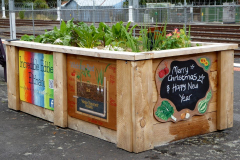 One side of one of the beds 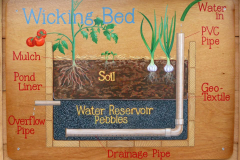 One of the paintings 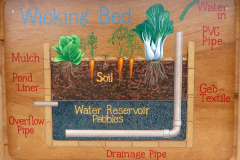 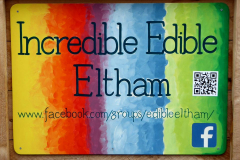 Telling people who we are 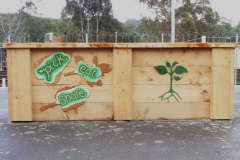 The other side of one of the beds 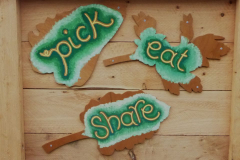 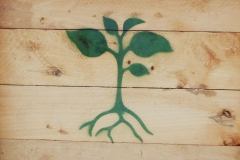 Our icon as a stencil 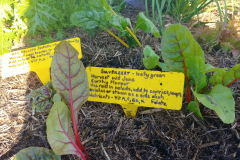 Signs telling commuters about the plants 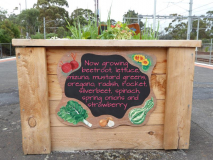 A chalkboard with ever changing words 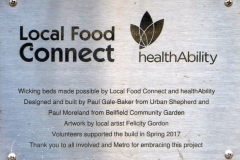 The people who made it possible 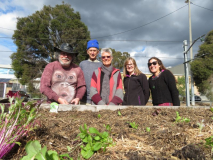 Some of the core maintenance team

Here are some pictures from the day that the wicking beds were built:

The team poses with the pondliner

The water reservoir in situ

Sand around the water reservoirs

Sand on top of the water reservoirs

Some of the seedlings

The team at the end


Thanks to Chris, Dana, Felicity, Imogen, Susan and Vera for the photos.

Community gardens in City of Yarra