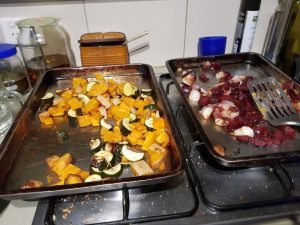 Lucinda Flynn, from Hurstbridge, is the owner of Going Green Solutions, a local company that sells eco-products.

[Lucinda photographed the 4 stages of making the meal. View the 4 photos from on the right, with the final product shown bottom left.]

I must admit that I had always assumed Hello Fresh was certainly not sustainable food option; after all, how can individually packaged portions possibly be an enviro-friendly food option? Well, I recently got a discount ‘trial’ voucher and decided to check it out.

Overall, I was more impressed with it than I expected and, as usual, I discovered that the answer to the above 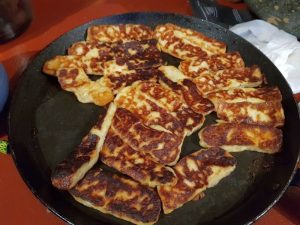 question depends on the situation and what it is being compared to.

We chose the veggie meals, and they were amazing – on average about 75% vegetables, with a small amount of carbs and protein – super healthy and plenty of food for any appetite. The recipes were interesting and easy to follow. There was a lot of packaging, and I hated that, but I could not help thinking that, in the right situation, it could still be less wasteful. For example:

Will we be using Hello Fresh again? Definitely not because we grow food, love to cook and the packaging of the small portions is scary. However, I do think that there are situations in which it could be a more sustainable option, create less food and packaging waste, and even teach people to cook healthy meals full of fresh veggies which could steer them into a packaging free future. 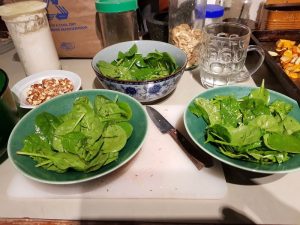 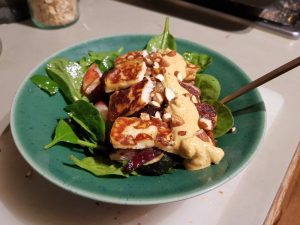 Belinda McPhee has written in to say that there has actually been some research conducted on the environmental impacts of meal kits. For example:

Belinda’s overall take on this research is that “it did find that in terms of food waste they definitely save and that, on average, they had 33% less greenhouse gas emissions than purchasing everything separately from the supermarket. Not every situation was considered but I did think that this was an interesting result as I would definitely have thought they were worse. Obviously, as Lucinda said, it’s still going to be better to grow your own but they have their place in saving food waste for those who maybe only cook occasionally. It is also worth people researching which meal kit company they should go with because some of them make a bigger effort to have recyclable and compostable packaging.”

Composting solutions for everyone

Everything into the compost bin?