We’re standing in a community garden about the size of a narrow house block. It’s cold, the sort of grey wintery day that begs a warm fire and a good book but we, Audrey Beard (Community Garden Coordinator at Span Community House in Thornbury) and I, are here, gazing out at the garden. My initial impression is that it is a little bleak … perhaps this isn’t a good time to visit?

But Audrey, a dark-haired brown eyed young woman, is enthusiastic. She’s only coordinated the garden for a few months, she says, so she’s still getting used to the place – the resources and the people, but she’s already making plans for future plantings and projects.

So what is Span?

Span’s website describes the organisation as a “hub of learning and support in the heart of Thornbury. As well as offering activities to learn, thrive and engage in life to all ages and all abilities, Span also provide and encourage community development and sustainable living education and practice.” So Span Community House, which is in a quiet side street near Thornbury’s thriving High Street shopping strip, is a place of learning, socialising and participation. 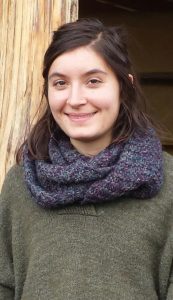 I wonder about Audrey’s background, how she came to this role of Garden Coordinator. She smiles. “In primary school we were given a project where we had to grow a broad bean at home. The first day I saw it popping its little head above the soil I was just so excited, I can’t believe how excited I was!” There’s a sparkle in her eyes and laughter on her lips and I can see how that moment ignited a lifetime interest – it was the beginning of her love affair with horticulture.

Since then, she says, her gardening career has blossomed – she’s filled backyards with potted plants, run a market garden in Healesville, and fed her family with delicious homegrown produce. She’s also completed a Permaculture Certificate III course at TAFE and participated in many short courses to build her knowledge of the many aspects of sustainable gardening. She seems to be a perfect fit for Span.

Back to the garden

Audrey tells me about her group of up to seven gardeners. “Now that it’s cold it’s usually an average of five weekly, not many but very high spirited!” She goes on to tell me that they’re mostly retirees who come each 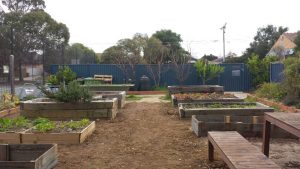 Wednesday morning to develop the garden’s framework and tend its plants. They are predominantly male, include Greeks, Albanians & Anglo Australians, and are “really great, they speak lots of different languages and bring lots of cultural connections to gardening.“

Span’s community garden is enclosed by backyard fences on three sides and a wire mesh separates it from a tennis court on the fourth. A narrow perennial bed with a rogue banana plant runs along the east wall, three dormant fruit trees and a thriving citrus enjoy all day sunshine on the north, and the wire mesh on the west side hosts berries and vines. Set within the rectangle space are two neat rows of raised vegetable beds – I count eight plus two new ones just started and, at the far end of the block, there are storage sheds and stacked timber.

We walk between the raised beds, two of which have only just been constructed (from donated timber oddments) and which are awaiting soil and plants.

So is the local soil good? Do they augment it? Do they produce their own compost? Audrey points towards several compost bins and a worm farm beneath the fruit trees.

They have a system here called Compost Caddy. It’s a project which is facilitated by Darebin Sustainability Leadership Program graduates whereby local residents are encouraged to bring their kitchen waste to the Community House in special ‘swap and go’ buckets which the Compost Depot team then add to composting bins and worm farms. The compost and worm castings are later used in the Span garden. The result? Rich organic soil for both Span and the residents, “It’s great because it means that more people in the community are composting“, Audrey says and it sounds like a win for both the local community and for Span. 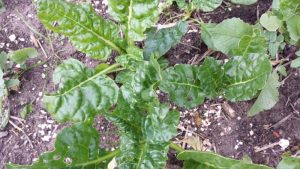 Seed saving is an activity the gardeners practise here, so there’s no shortage of seeds to be sown as the weather improves into spring. But now, the plots have barely started their annual journey – we look into them and I see that one’s loaded with strawberry plants in need of thinning and several bravely display tiny seedlings including onions, broad beans, legumes, lettuce, rocket, leeks and brassicas so the groundwork has taken place and growth has commenced. 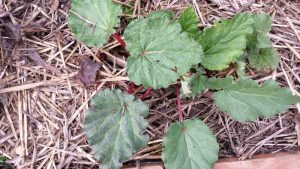 I’m envious of the tuft of rhubarb growing next to the herbs in the perennial garden and envisage the dimpled round passionfruit that will hang from the vine above it in warmer months. There’s promise here of spring, summer and autumn bounty and I imagine luscious greens, vigorous beans and tomatoes, rampant cucurbits and jewel-like berries all tended with pride by a noisy mix of multicultural gardeners. The vegetables are destined for meals prepared in the centre’s large kitchen, for the gardeners and for the needy. 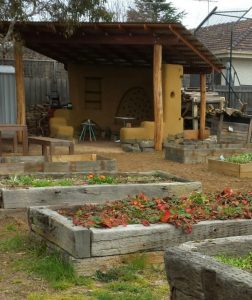 There’s a beautiful adobe shelter in this midwinter garden. It was constructed by volunteers as a community project and, Audrey says, is the hub of the garden, a place where gardeners and visitors gather to enjoy a break and a chat. It’s also a venue for workshops – two long table and chair arrangements augment this striking facility.

We talk of future plans

“We’re planning to install a raised water tank near the main building and to feed water to the beds via a gravity system“, Audrey says, “and I would like to run more workshops – to really utilise the space on a continuous basis.” A new bed on the other side of the north fence and mulching the walkways are also on Audrey’s agenda and, I suspect, much more. She has lots of ideas.

My photos probably don’t do the garden justice – they capture today, not tomorrow. But all the raw materials are here and I’m sure Audrey has the skill to lead her team into a bountiful tomorrow.