For details of local cheese makers, see the relevant part of the Local Food Directory.

Hard cheeses are a very different proposition than soft cheeses. 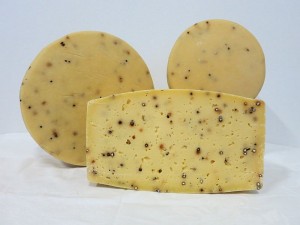 With hard cheeses, you just need to decide which type to buy. My current favourite local, hard cheese is Pecorino Pepato (pecorino with peppercorns) from Heidelberg West-based Wholemilk Continental Cheese Company. Both tasty and very reasonably priced. If you go to their shop/factory (32 Kylta Road, Heidelberg West, 3081), like I do, you get presented with a range of Italian cheeses in wheels, bags or logs and they cut off the requisite amount for you.

That’s Amore Cheese, is another local maker of Italian-style cheeses. Its range is extensive and, even where this range overlaps with that of the Wholemilk Continental Cheese Company, the cheeses can be very different. For example, their Pecorino is a semi-soft cheese rather than hard. 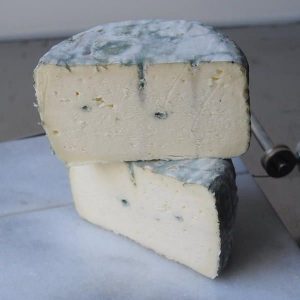 Blackburn-based PowerHouse Cheese is another local producers of soft cheeses, where the owner uses her experience of her previous career as a microbiologist to experiment with, and cultivate, unique flavour profiles. The end results are yum! You can buy their cheeses at various farmers’ market, including Carlton, Eltham and Whitehorse.

That covers Italian and soft cheeses. And there are lots of places to buy Australian-made Cheddar/Tasty. But if you want to taste the full range of cheeses, you have to sometimes go European. Here are the three places which I frequent the most often for European cheeses (bearing in mind that I live in Eltham), and what I tend to buy:

Or, if you want to really pamper yourself with cheese delivered to your doorstep, you can order a range of unusual European cheeses online from Brunswick-based Cornelius Cheese.

And, of course, you can buy just about any cheese imaginable at Queen Vic Market.

The flavour of a piece of cheese varies throughout – the flavour is often more intense near the rind, and the texture there will be different from that at the centre. In order to get a taste of everything in each piece, different cheese shapes require different cutting techniques. Read how to cut each shape of cheese.

Finally, for my friend Mary who recently refused my offer of some ripe, triple cream cheese on the grounds that it would be too fattening: see the article entitled “Can a diet of cheese help you shed those excess pounds?”. Their answer is an emphatic ‘yes’! And, as we all know, if it is in a newspaper then it must be true!