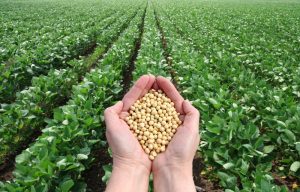 Looking for a meat or dairy alternative?

You’ll be hard pressed to find anything but.

Soy is a bean. As such it is a good source of minerals and vitamins, but it also holds phytic acid. Again we come across phytic acid. That pest substance binds itself to the minerals in your food, the minerals meant for YOU, and refuses to let them go. It’s a mineral killer. And as such, it makes soy and all beans hard to digest. In order for you to get the most from them they have to be soaked, boiled or fermented (soy beans are poisonous raw).

Now, once upon a time soy was the greatest thing on Earth. It was the go-to health food. But there have long been rumours of the exact opposite, and they have grown from quiet murmurs to media hype. So what are they saying?

The first thing that you should probably know about Soy is where it comes from. Asia, right? Wrong.

Well, ok, technically yes, originally. Its use predates written record in Asia. But the soy in your milk, or your tofu, or your soy sauce probably comes from the USA or Brazil. Last year these two countries produced roughly 1/3 of the world’s soy each. China is the largest Asian producer of soy, but they only provide about a tenth of what the USA does.

Also interesting to note is that more than 80% of soy is genetically modified (and patented). So much for a healthy natural option.

I’m sure you’ve also heard this or that about soy and estrogen. Well, here is a brief run down on that. Soy introduces isoflavones into your body. What they do is trick your estrogen receptors into thinking that they are estrogen too. The outcome is either a raised level of estrogen activity, or a lowered one. The results differ between people. But the bottom line is that it creates an imbalance, and that’s not great.

Now, soy shouldn’t be too much of a problem so long as you don’t build your diet around it. Keep in mind that soy may turn up in unexpected places. Seriously, it’s in EVERYTHING. Bread? Yep. Chewing gum? Yep. Canned tuna? Yep. Injected into meat to pump it up? Yep. It’s everybody’s go-to. It’s already in your diet whether you know it or not.

If you’re replacing meats and dairy, soy may seem like a lifesaver but too much will throw your body out of whack. You’d be better off going to vegetables for your nutrients and keeping soy as a side or a sometimes dish.

You’d also be better off eating fermented soy products like soy sauce or miso. Fermentation greatly lowers that amount of phytic acid, however there is nothing you can do about those isoflavones.

I’m not saying stay away! I’m not hyping you to hate! Just to think. And read. Soy is like anything. Eat too much and it will play havoc with your body. Eat it as part of a balanced diet and you’ll be fine.