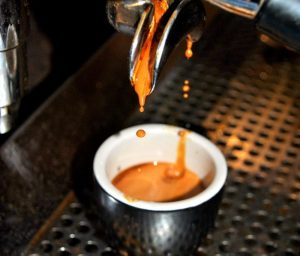 It’s time we sat down and had a chat. Right now. Stop what you’re doing, I have something important to tell you.

You know that myth about coffee being good for you? Well, I’m about to tell you that’s a big, whopping lie.

And here is the truth: it’s not a myth.

Obviously, as the march of the barista steadily conquered our fine city (and souls), people became concerned about their health. What is this delicious, aromatic, beautiful substance REALLY? What is it DOING to us? Isn’t caffeine BAD?

Myth and speculation ran rampant with the idea, and soon our heads were filled with non-truths and half-facts.

Enter science. That stern, down-the-line, no nonsense fact finder turned its attention to our concerns and … surprised us.

We all know the short-term benefits of coffee. You drink a cup, and for a short time you’re Bradley Cooper in Limitless. Everything is clearer, you’re more alert, you’re reaction time is better and you can make the world tremble at your feet!
Or … whatever.

That’s the caffeine part. We already knew all that. What you may NOT have known, is that 2-3 cups of coffee a day provides more antioxidants than you’re likely to get from fruit and vegetables combined! It’s basically a superfood.

Let’s talk about what coffee actually does for you. Science has observed an overall increase in cardiovascular health in coffee drinkers. This goes
against the misconception that it’s bad for your heart. It’s not. It loves you.

It’s good for your brain. Regular coffee drinkers display a greatly lower chance of Alzheimer’s disease, as well as the reduced likelihood of Parkinson’s disease.
Coffee also lowers your risk of Type 2 Diabetes by roughly a half! And liver diseases like cirrhosis by up to 84%. And that’s before I even mention liver cancer, which benefits from a 40% lower risk.

But what does that all mean?

But while the news is almost overwhelmingly good, I must share some pitfalls with you before you ride the espresso train into longevity.

Caffeine can cause sleep disruptions. So learn your body, and learn coffee. If you’re worried about sleep, set yourself a cut-off. No coffee after 2pm. It’ll wake you up, but it can’t replace sleep. Get some pillow time.

It can also be addictive. So if you stop drinking it, you can expect some headaches and drowsiness for a day or two. But don’t worry, it’ll pass.

The word is good, my fellow coffee consumers! So you can take the guilt out of your guilty pleasure.