In April 2019, Judy Vizzari interviewed Justin Calverley, who works at both CERES and Edendale Farm. 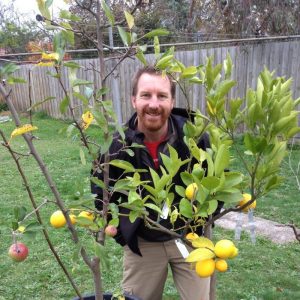 It’s 8.15am at Edendale Farm in Eltham. The air is still and, save a few workers, the community farm seems empty. It’s too early to see the sheep, cows, goats, guinea pigs and chickens, variously housed in their pens and coops. All is quiet. As I wander past the feijoa hedge between the training rooms and garden beds, I think about the promise of a beautiful autumn day ahead.

I see a man, possibly in his late 40’s, of medium build, sandy haired and casually dressed. He’s walking by the native nursery and I wonder if he’s the man I’m here to meet.

He smiles readily and, I guess, wonders if this older woman is his interviewer. I am and we’re off, walking briskly to his classroom. He’s preparing for the day’s propagating class but has generously offered to talk to me before class starts – there’s so much to find out in just a half hour – this interview is something of a challenge.

Justin Calverley is a horticulturalist 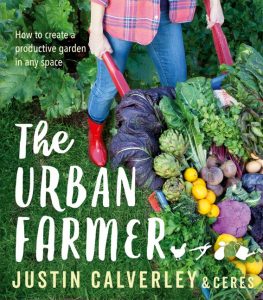 I already know that Justin is currently offering a nine week course, “Introduction to Horticulture,” at the farm … from what I’ve heard, it’s a great course. I’ve also heard that his interests are broad – he has his own horticultural business, makes radio (3RRR) and television (Vasili’s Garden and Gardening Australia) appearances, has authored a book (The Urban Farmer) and provides workshops in multiple locations including schools, council facilities, at CERES in Brunswick East and even in private backyards.

So when did Justin start his horticultural journey?

“I was born in Kilmore, one of six (siblings). My parents ran the Kilmore East Hotel so my mum, she was always very busy managing the bar and we just ran wild out the back.“

I’ve often noticed that a love of the land starts early and in Justin’s case his freedom to explore outdoors provided him with a memorable green connection. He says that his “mum was a good gardener” and that his parents “grew all their own food“, as well as augmenting the hotel menu. Even later when the hotel was sold and the family moved to Reservoir in Melbourne’s north-east, they continued to maintain their backyard crops.

From his earliest years, Justin remembers, he was bewitched by natural science and the observance of processes and cycles.

“We were outdoor kids. As long as I can remember I was always fascinated by the natural world, so I’d sit under trees and just look around me, touching rocks, examining bugs, just seeing how things grow. As I got older, I became obsessed with any wild-life documentaries and nature programs.“

But, as a teenager, Justin was unsure about what career to follow, even though he knew that it would be “something outside,” so, when a labouring job in landscape gardening became available at the end of his secondary schooling, he applied and ticked his first box – ‘something outside’.

The job, he says, provided a “steep learning curve” which was useful, but “plants were always in my mind“, as was the future. Landscape labouring was just an entry point. 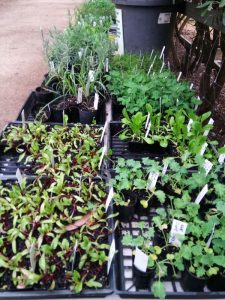 He knew he needed to learn more so, whilst working, he undertook a Certificate in Horticulture course at NMIT.

On its completion, Justin applied successfully to work in a nursery in Brunswick Street and was soon learning ‘hands on’ in that very popular place. They had a high seasonal turnover which offered him a great “connection to plants” as well as a practical understanding of the retail nursery industry.

“Over the years I went from retail nurseries to wholesale nurseries, while still dipping my toes into the construction business.“

Time passed and he continued to learn hands-on at a variety of workplaces which all provided the rounded education that enabled him, in the year 2000, to eventually set up his own landscaping firm.

Step three – his own business … but an hiatus

“That was exciting, but I found after a few years that it wasn’t giving me what I wanted from it. I was making money, employing people, but the gardens were ‘sterile’, not what I wanted to design. I would walk away (from my projects) feeling nothing.“

Job satisfaction diminished, he was losing his connection with nature.

Fortuitously at that time Justin was invited to do some ‘fill in work’ providing workshops at CERES in Brunswick East. He says of CERES … “I loved it. It had the ethos that I had heard about all my life, about natural systems, and that’s a lot of what permaculture is, it’s about systems – everything has its place and everything plays its role.“

A consequence of physical work is its impact on our bodies and, in the case of landscapers and gardeners, the toll can be great. Justin had reached a time when he knew that he needed “an out” from the physicality of landscaping – he wanted to remain connected to horticulture but out of its highly physical demands. CERES provided him with that option and allowed him to continue his own design consultancy business whilst working there and, at the same time, to return to study – this time he undertook two more TAFE courses – Permaculture Design Certificate and Principles of Design studies.

Step five – rounding out the career

“Every day is a school day – there’s always something to learn.“

Justin liked the multi-cultural societies and mixed socio-economic groups with which he lived and worked and from whom, he says, he was “always learning new things.” At CERES, for the first time, he was able to blend his passion for the natural world with permaculture principles and his knowledge of garden aesthetics. He felt that, at last, he had found his type of people and that he could pursue the life he’d always wanted.

Then came a further opportunity for him to teach his brand of horticultural ethics – through contacts at CERES, he was invited to help out at Edendale Farm.

Step six – in a happy place: Edendale Farm and the Introduction to Horticulture Course (IHC) 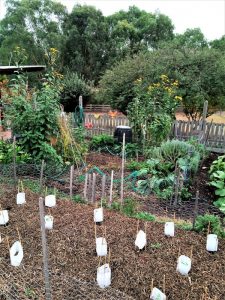 So he developed the one day a week for nine weeks IHC, the course he is currently offering, which is designed for people who are interested in re-entering the workforce via the Horticulture industry. He calls it “a little taster of different fields in the industry” and explains that it encompasses influences, soil types, plant growth and industry knowledge. It’s a flexible course which changes according to students’ needs and responds to the seasons.

“It (horticulture) is one of those things that you can enter at any stage of your life.“

IHC Part 1 has been offered jointly by CERES and Edendale several times. It has been adopted with enthusiasm by students ranging from school leavers to retirees, although 35-50 year-olds, dominantly female, provide the greatest number of students – it’s a useful aid for young mothers looking for part-time work. Following the IHC Part 1 response, it has been extended into a Part 2 course, which serves as a platform for students who are interested in continuing on to Diploma level studies.

These courses are advertised on the Living & Learning website.

Step seven and counting – a pathway through nature

“These days my work is education, design and consultation. If I’m not working at Edendale or at CERES, I might be designing a garden down on Mornington Peninsula or a farm at Eden Park or writing my second book. Then there’s my family – I have two young children – life is very busy.“

And then, he says, of branching out, “I’m too busy to diversify.“

“The best gardeners I’ve ever met are those who look at what’s around them, who look for little shards of light and how water might sit – all that fine detail helps you put the right plant in the right spot.“

I make a mental note to take the time to observe before I plan and plant, and wonder whether I’m “too busy to diversify“. Maybe IHC Part 1 is the course for me? Not a career move, but as a step towards learning more about our wonderful natural world.