Capsicums, chillies and eggplants are perennial but short-lived, typically living for around three years. But, and here’s the main point of this little article, they are frost tender and are typically killed off by the Melbourne Winter. So, if you want to get full value from your capsicum, chilli and eggplant plants, you need to grow them in pots and put those pots in a warm place (e.g. a greenhouse) during Winter. If you have some and they are outside, now is the time to move them to a warmer place (it would have been even better if you had done this before the latest cold spell!). 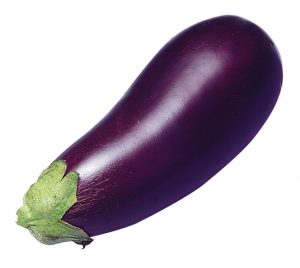 Eggplants and capsicums are members of the Solanaceae family, as are tomatoes and potatoes. Unlike tomatoes, however, they are difficult to grow from seed because they need much higher temperatures to germinate and, by the time they do, it is often too late to grow them and get a decent crop. So, buy seedlings from your nursery and pot these into larger containers, and grow them on before planting out. Transplant capsicums once the temperature is steadily over 16°C. You can also buy (though they are much more expensive) grafted eggplants, which will produce a higher yield. For eggplants to set fruit, the temperature needs to be over 20°C at night.

Eggplants and capsicums can grow well in pots. Plant one eggplant or capsicum per pot that is at least 40cm in diameter. Stake the plant and keep the soil moist at all times.

Both eggplants and capsicums come in a variety of shapes and colours.

Once you are ready to plant, make sure your site has not had any members of the Solanaceae family planted in it in the previous two years, and clear any Solanaceae family weeds. If you find nematodes in the soil, dig in mustard greens and plant marigolds as these clean the soil of this pesky microscopic worm-like animal that forms tumours on the roots of Solanaceae, preventing them from taking up water and nutrients. Prepare your soil so that it is well drained, richly composted and add pelletised poultry manure. Space your plants well and avoid crowding (which can lead to mould developing). Capsicums, in particular, need high levels of calcium and magnesium, and a lack of these reduces the yield. Seaweed liquid fertiliser is a useful addition every couple of weeks for the health of the plant.

Eggplant and capsicum thrive in hot conditions and need as much sun as possible (even more than tomatoes) so keep your hottest spots for them. Having said this, they can also suffer sunburn if they are exposed to extremely hot weather and are not sufficiently hydrated. It is essential to keep them well-watered and, on days over 40°C, cover them with shadecloth. Both need to be staked to keep them upright and to prevent the fruit sitting on the soil where bugs can eat into them, and also to prevent breakage of stems in windy weather. Add mulch for protection against the soil drying out, making sure that the soil is quite moist before adding the mulch and water it well. Keep the mulch away from the stem to prevent collar rot. When you pick the fruit, snip them off with secateurs to prevent damage to the plant. Pick fruit regularly to stimulate the plant to produce more fruit.

Aphids, mites and whitefly can be a problem with both eggplant and capsicum. Avoid using pyrethrum, which is broad spectrum and kills both good and bad bugs. A sharp spraying with the hose is often effective or spraying with soapy water. Slugs and snails should be removed by hand. Marigolds act as a decoy plant for slugs and snails, meaning they will be attacked before your vegetables.

By far the most serious pests are eggfruit caterpillar for eggplants and a similar (or possibly the same) caterpillar for capsicum. In eggplant, the eggfruit caterpillar bores into the fruit and tunnels through leaving a black trail of crusty poo through the flesh which, although it can be cut out, often ruins the eggplant, especially if you want to use it whole or halved. Capsicums likewise will have a hole or two and black deposits will be evident within the fruit. Dipel, which is an organic bacterium, can be used to protect fruit from caterpillars.

Blossom end rot is the other serious condition that afflicts both eggplants and capsicums (as well as tomatoes). In this condition, the ends of fruit become white and blistery and rot. It is caused by a lack of calcium but the the real problem is a lack of transportation of calcium through the plant. To strengthen the plant’s capacity to deliver water (and therefore calcium), treat the plant with potash. Follow the instructions on the packet. Simply adding more calcium will not help if the delivery system – the water transportation system – is not strengthened.

There are a number of companion plants that will further assist the health of plants. Eggplant is helped by tomatoes, french tarragon, potatoes, marjoram and marigolds (the latter deters nematodes). Avoid planting them near runner beans. Capsicum is helped by tomatoes, marjoram, basil, geraniums and petunias. Avoid planting them near beans, kale and other brassicas, kohlrabi and fennel.

Some plants deter aphids and and white fly mentioned above. These include nasturtium and basil. Marigolds act as a decoy plant for slugs and snails, meaning they will attack these before your vegetables.

One Response to “Success with eggplants and capsicums”