For details of our local marmalade and jam makers, see the relevant part of the Local Food Directory.

Lachlan, the marmaladier at J.B. Shackleton’s, a local marmalade maker from Wonga Park, won a gold medal in the 2020 World’s Original Marmalade Competition in the UK! His winning marmalade was ‘Luxury Tangelo Marmalade with 11 Year Old Single Malt Scotch Whisky’.

We have tasted many of their marmalades and they really are yummy. 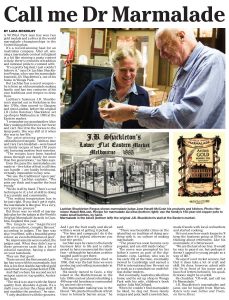 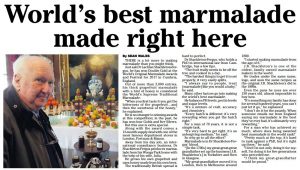 Read our 2019 interview with Lachlan.

Another local producer of marmalade is Spurrell Foraging from Warrandyte South.

Maybe you prefer jam to marmalade. If so, your choice of local producers is much wider, as summarised in the table below.