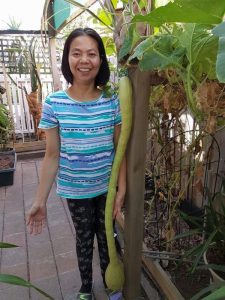 Maya ‘Xala Honey recently posted on Facebook: “Honey never spoils. When sealed in an airtight container, honey is one of the few foods known to have an eternal shelf life. There are even reports of edible honey being found in several-thousand-year-old Egyptian tombs.” Well, I never knew that so I thought I would investigate. And it turns out to be true: as discussed on the Smithsonian website, honey’s combination of acidity, lack of water and presence of hydrogen peroxide apparently means that it can remain preserved in a completely edible form for thousands of years if sealed.

This site lists 10 other foods that take a long time to spoil: white rice, salt, soy sauce, sugar, dried beans, pure maple syrup, powdered milk, hard liquor, pemmican and (of course) Terry Pratchett’s dwarf bread (which enables you to survive for days by making you realise that you are surrounded by things that look more edible, and which can’t go stale because it starts off stale). (posted February 7 2018)

The Adams Farms, in Coldstream, are a Brussels sprout farm, perhaps best known for their annual ‘Sprout Fests’ held in the autumn of each year. Interestingly, as shown in this video, they have already started their plantings for 2018.

Aren’t Brussels sprouts a winter crop? If so, why are the Adams Farms planting them now?

Aren’t Brussels sprouts difficult to grow successfully? What do the Adams Farms do to make sure that they get lots of sprouts? Why do mine never form proper sprouts?

Is it a coincidence that both ‘Adams Farms’ and ‘Brussels sprouts’ both have more s’s than most people would spell them with? Incidentally, here’s a method for finding out which spelling of something is more common: simply do a google search and look at the number of results at the top of page. So, for example, ‘Brussels sprouts’ beats ‘Brussel sprouts’ by 12 million to 6 million. And ‘veggie’ slaughters ‘vegie’ by 120 million to 2 million (and by 1.4 million to 300,000 if the search is restricted to Australia). (posted November 21 2017) 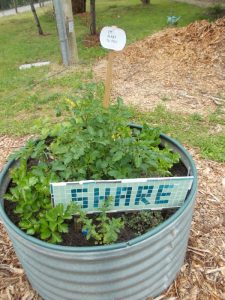 Guerrilla gardening is something that quite a lot of people talk about but, as far as I can make out, not many people actually do, at least in Australia (although Gardening Australia’s 2016 Gardener of the Year was apparently won by a guerilla gardener from North Fitzroy). I did some a few years ago: we went out in the middle of the night and planted a bunch of stuff. It was actually quite an adrenalin rush: what would happen if someone caught us planting the lettuce by torchlight?! Anyhow, it has recently come to my attention that a newsletter reader who wishes to remain anonymous has been verge planting in Warrandyte (see picture). The veggies currently growing include cherry tomatoes, sugar snap peas, silverbeet, butternut pumpkins, cucumbers, oregano, apple mint, common mint, salad burnet, garlic chives and lettuce. She has also started doing food-is-free veggies and her neighbour does food-is-free lemons. (posted November 23 2016)

Crowd Harvest – seed banks for Christmas: seed banks help people facing difficult circumstances to access the seeds and establish food gardens. Local home growers with excess seeds are invited to send them in a Christmas card or holiday card to one of the following organisations, who all maintain seed banks:

Blueberries, racism and ABC Radio National: Duang Tengtrirat won ABC Radio National’s 2015 Pocketdocs audio competition. Listen to her story where she quietly picks blueberries for her business as, all around her, fellow Australians make racist assumptions about her. (posted November 2 2016)

As part of the launch of ABC Radio National’s 2016 audio competition, Duang recorded a follow up story. The setting is one year later and Duang is again collecting blueberries. But this time her meeting is much more pleasant and heart warming. Listen to Duang’s follow up story. Or, if you want to listen to both stories plus ABC’s commentary on them, click here. (posted November 9 2016)

Urban Agriculture Forum presentations available for download: scroll down past all the self-spruiking until you get near to the bottom of the page. (posted October 12 2016)

Not food, but still tasty: for those of you who fancy a trip to Nillumbik during Spring, two of the best non-food events of the year are coming up. If you have never been to them, you should. 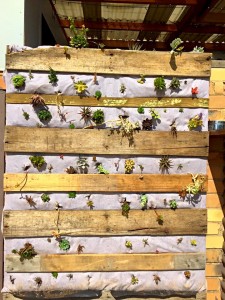 New planter box in Eltham: Nathan Ezard has begun to adorn the outside of The Little Drop of Poison with vertical gardens, such that they can be seen from both the road and the railway. The first (see picture) contains succulents. (posted October 21 2015) 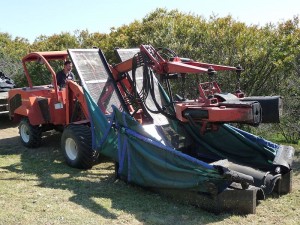 Open Farm Day – more shaking than a Zumba class …: the picture is of an olive harvester, which shakes the tree trunk until the olives drop off and fall into the catcher. Whilst it only gets 80% of the olives, it takes just a few seconds per tree. (posted October 7 2015) 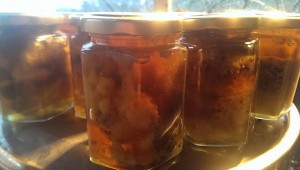 Hay fever & sinusitis honey: Frankie Spranger has written in to say that his ‘hay fever remedy honey’ is now ready for the new season. Jars contain pollen, bees wax, raw local honey and propolis. They can be purchased from the Heidi Honey stall any Saturday at St Andrews Market or most Sundays at Kingsbury Drive Community Market. (posted September 30 2015)

Marlies Tammes has posted a ‘food is free at Diamond Valley library’ picture and, thus far, it has received 600 likes (and 125 shares)! Click here to view the post and picture. Thanks to Dione Fisher for going to the effort to become my Facebook friend so that she could alert me to the post. (posted July 15 2015)

Whilst on the subject of popular Facebook posts, a recent post by Sustainable Gardening Australia on a healthy meal vending machine at Westfield Doncaster reached 52,000 people! Has anyone tried the food? (posted July 15 2015)