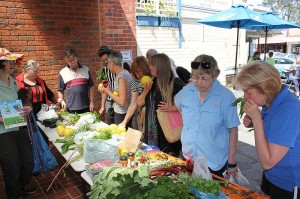 Name:
Montmorency Food Swap
Category:
Food Swap
When:
10:30-11.30am. 1st Sunday of the month (except for Jan when it is on the 2nd Sunday)
Township/Suburb:
Montmorency
Contact name:
Krystal
Email:
montymoves@gmail.com
Phone:
0459 567292
Website:
www.transitionmonty.org/regular-local-food-swap.html
Address:
Colder months (Apr-Sep): Montmorency Primary School. Warmer months (Oct-Mar): Were Street Park, near the Food Store
Notes (in their own words):

From April to September, the Monty Food Swap is held at Montmorency Primary School. From October to March, it is held at Were Street Park, near the Food Store.